There’s never been a better time to brush up on our rich history of peaceful protest movements. Everyday people have protected land rights, our natural world and climate, workers rights, LGBTIQ+ rights and much more. While we bunker down during the COVID-19 pandemic, let’s take inspiration from stories of our recent history. Our past is full of examples where people power has overcome profiteering mining corporations and the politicians who backed them, systemic racism, and discrimination to name a few of the big challenges we face.

We recommend watching these inspiring films with your housemates and family, whether you’re all in the same room or on the same call. All films listed are currently streaming online for free.

Aboriginal and Torres Strait Islander viewers are warned that some of the films shared may contain images and voices of deceased persons.

Fight for Country follows the Mirrar’s historic campaign for land rights in Kakadu. In 1998 they established one of the biggest blockade camps in our history with over 5,000 people joining them over eight months to stop the construction of the Jabiluka uranium mine. Pip Starr’s doco follows the actions at Jabiluka and charts the growth of the movement across Australia and worldwide in support of the Mirarr people. This film gives us a glimpse inside the blockade camp and includes a banging homegrown soundtrack.

In Ningla A-Na, we witness scenes of the foundation of the Aboriginal Tent Embassy and follow the journey of the black freedom movement in the early 70s. This doco intimately captures the bold spirit, laughter and resolve of the movement.

The full length feature on Youtube leaves a lot to be desired in quality, so you could also consider supporting the filmmakers by buying a copy.

Charting the creative community-led movement to keep coal seam gas in the ground, The Bentley Effect shows how folks from all walks of life came together to build an unstoppable movement. Up against determined industry and government in support of gas development, thousands of unlikely bedfellows banded together to keep the Northern Rivers gasfield free.

This film, and Black Hole listed below are both available for free viewing with a 30-day DocPlay trial.

Short in time, big in feels. This video captures the passion of Pacific Climate Warriors, of 12 Pacific Island Nations, who travelled to Newcastle in 2014 to create a huge kayak flotilla with hundreds of others to peacefully blockade the world’s largest coal port. “We are not drowning, we are fighting!”

Watch the powerful blockade of mob and broome locals peacefully stopping work on the James Price Point gas hub in 2011. This short film captures the 30 day blockade part of the campaign on the frontlines at Walmadany in the Kimberley, and you can read what happened next here. (Spoiler alert: another huge win for country, climate and community!)

I’m not crying, you’re crying! This video is a great wrap of the campaign for marriage equality in 2017 when we all had to vote in a million-dollar publicly funded poll that the government already knew the answer to — but nevermind all that! The plebiscite rallied a huge and wholesome movement for equality that led to an important win for LGBTIQ+ rights!

Relive the iconic campaign to save the Franklin River from being dammed in Tasmania in this bitesize doco. Hungry for more? You can also watch The Franklin River Blockade 1983, Tasmania (1983, 20 mins, Part 1, Part 2). 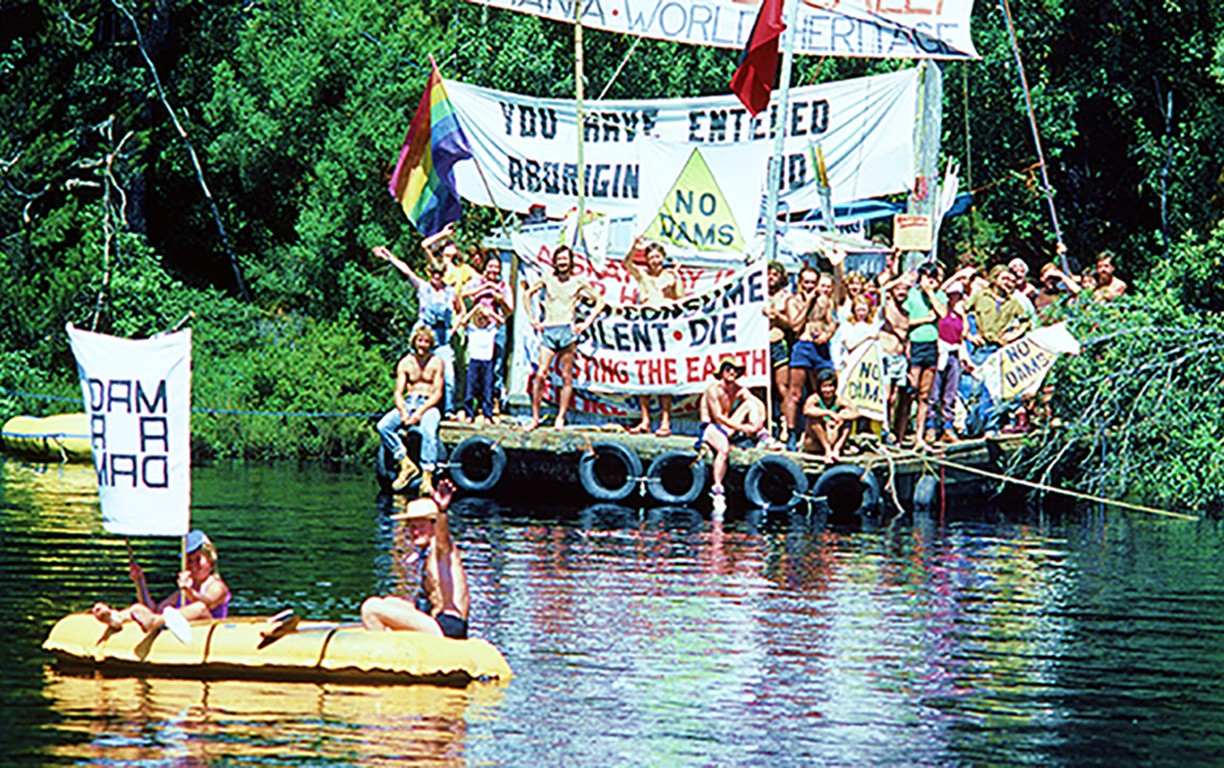 A beautiful short with interviews about the relationship people have with the ocean and Great Australian Bight. Equinor planned to drill for oil in the Bight, until people power eclipsed their dangerous plans in February this year. ?

Selfie video diaries from student strike leaders from across the country share why they are so passionate about organising #SchoolStrike4Climate. Honest and insightful snippets into the challenge of juggling schoolwork and organising some of the biggest peaceful protests in Australian history, we all have a lot to learn from these students.

The campaign to #StopAdani has been ongoing for almost a decade, with hundreds of thousands of people protesting in their communities and hundreds more peacefully putting their bodies on the frontline.

In 2017, Camp Binbee was established as a blockade camp to peacefully disrupt Adani in their tracks. This brief video by our friends at Frontline Action on Coal depicts some of the early peaceful protests at the proposed Carmichael minesite and Adani’s Abbot Point Coal Port.

While Camp Binbee is encouraging everyone to wait until it is safe to visit again, you can still learn more about the #StopAdani frontlines by reading up on Frontline Action on Coal and Galilee Rising’s websites.

This doco looks like a gem too, but unfortunately for mysterious reasons remains unreleased. The trailer gives good insight into what it’s about: community outrage and resistance to the Hazelwood open cut mine fire disaster in the Latrobe Valley.

Seed Mob’s excellent film about Aboriginal community resistance to fracking in the NT. Features interviews with mob in the NT and First Nations activists standing up against fracking in the US.

Last week Origin Energy paused fracking activities for at least 6 months in the NT due to Traditional Owners and Aboriginal communities raising the alarm about fracking fly-in-fly-out workers coming into the NT, risking the spread COVID-19 into remote communities.

In 1966 Gurindji elders walked off Wave Hill cattle station to demand workers rights and ultimately win land rights. 2016 was the 50th anniversary of the Wave Hill Walk Off, with thousands celebrating the historic campaign which brought together members of the land rights and union movements.

In 2012 Australia’s first coal mine blockade camp was established in the endangered Leard State Forest, led by Frontline Action on Coal. Black Hole documents part of the rollercoaster battle by the Maules Creek community, Gomeroi people and supporters from across the country to stop the construction of Whitehaven’s coal mine.

From Frontline Action on Coal’s website, “When people ask, ‘Did you win? Did you save the Leard?’ Heart breaking, I reply ‘No, the forest has been almost completely destroyed, and in it’s place lies a huge pit. But what sprang from that place was the galvanizing of a movement and a new generation of climate warrior; ready to take on big coal, with the determination that what we just witnessed, will never, ever, happen again.”

In good news, South East Forest Rescue has recently launched a new legal challenge against Whitehaven for their failure to secure biodiversity offsets for their destructive Maules Creek Coal Mine.

Tells the tale of the Goolengook forest blockade and the beautiful ancient forests protected by peaceful protest. Devastatingly, forests saved by blockaders was ravaged by bushfires earlier this year. The Goongerah Environment Centre (GECO) is still doing important work to save these forests and #ProtectTheUnburnt, you can follow and support them through their website.

This Living Black episode traces the history of the Freedom Rides, led by university students and Aboriginal activist Charles Perkins in the late 60s. The bus toured regional NSW to expose and broadcast widespread racism and discrimination. The Freedom Rides marked a turning point in the civil rights movement in Australia, pre-dating the establishment of the Aboriginal Tent Embassy.

Available on SBS OnDemand for another 3561 days at time of writing. Plenty of time to digest before your time in isolation is up (we hope!).

This excerpt of Fair Play shows the strength and diversity of the anti-apartheid movement which began in South Africa and spawned an international solidarity movement. The 1971 Springbok tour of Australia sparked peaceful protests countrywide, highlighting entrenched issues of racism still present to this day.

Another short clip from the QLD State Archives illustrates the draconian month-long state of emergency imposed by Joh Bjelke-Petersen in Queensland in response to the peaceful protests. Delve into more on this era and how it reflects recent responses to peaceful protest in Queensland here. 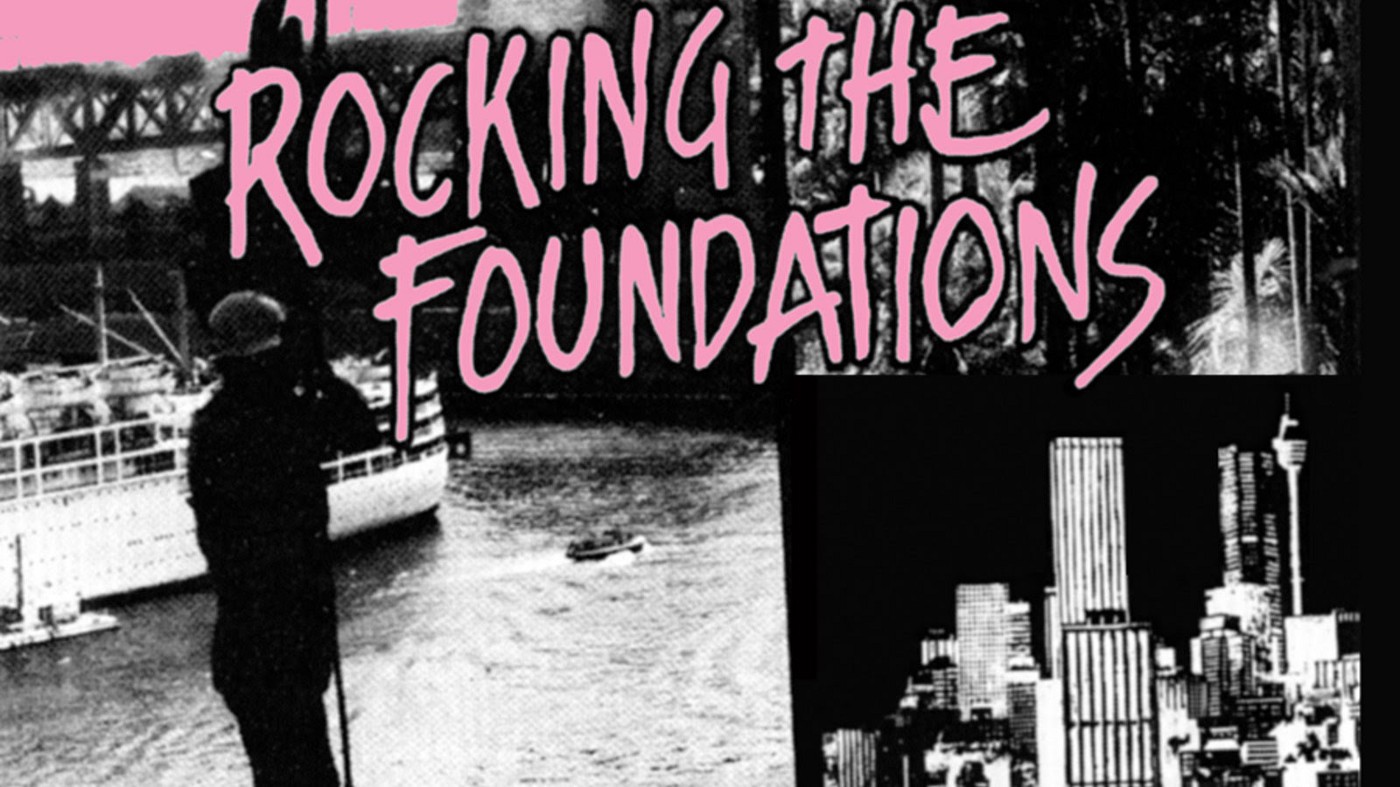 Rocking the Foundations is the story of the 1970s Green Bans when the NSW Builders Labourers Federation (BLF) Union stood in solidarity alongside community for social and environmental issues, going above and beyond their mission to fight for workers’ rights.

You can watch Rocking the Foundations through your public library login or university login but if your library or uni is not listed, you can rent it for $4 on Vimeo.

Sacrifice Zone is the story of everyday Australians in rural NSW facing the destruction of their land and culture from invasive gasfields. Oil and gas mongrel Santos plan to plunder 850 coal seam gas wells through the Great Artesian Basin in the precious Pilliga forest. In doing so railroading Traditional Custodians and farmers and risking the most precious resource of all — water. It really is an inspiring and emotional film capturing the heart of rural Australia and showing the power of people and organised communities to stand up to the big polluters. It features the late much loved and strong activist Bill Ryan.

You have Successfully Subscribed!